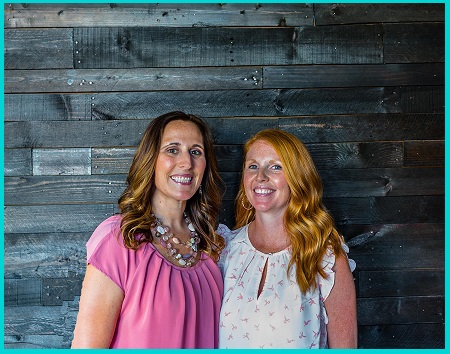 Bella Capelli Salon is a partnership between Gina Coonrad and Kirby Kelly with a goal of delivering a high-quality salon experience to customers in Durham, NC at reasonable prices. Both Gina and Kirby have several decades of professional hair styling experience.

Gina Coonrad started her career as a stylist in 1995 by attending cosmetology school in New York. While attending classes she also apprenticed at a well established salon. Upon graduation in 1996 she completed her apprenticeship and began working as a full-time stylist. In 1997 she followed her heart and moved to North Carolina where she married the love of her life who had relocated there in 1996 . They now have three beautiful children.

Gina prides herself on her ability to listen to what her clients want and then delivering and surpassing their expectations. Her goal is for every client to love their experience with her!

Kirby Kelly is co-owner of Bella Capelli Salon, sharing the partnership with Gina Coonrad. The two met while renting studios across the hall from one another at Sola Salon Studios. After becoming close friends they decided to move into a studio together and have been inseparable since then. That friendship forming acted as the stepping stone to opening a salon of their very own, Bella Capelli Salon.

Kirby started her career as a cosmologists at the age of 19 after taking cosmetology as an elective in high school. While attending cosmetology school after high school she worked as a receptionist at Mitchell’s Hair styling. She continued working there for just over 10 years then decided to rent her studio at Sola Salon Studios.

Kirby loves her clients and always tries to ensure that they leave happy. A great consultation before beginning any service is key to achieving that. She wants a relationship with her clients where they always feel 100% comfortable communicating with her both in her chair and after they have left the salon.

Please Note: Bella Capelli Salon recommends that you make all of your appointments in advance to ensure availability. Please understand that each Hair Stylist’s time is valuable, but he/she also knows that emergencies do happen. If you miss your appointment without giving at least a 24-hour notice, you MAY be charged half the cost of the missed service(s). Failure to honor an appointment without any notice MAY result in a full service charge. These fees will be expected to be paid prior to future visits. If you have any questions, please contact Bella Capelli Salon at (984) 219-1880​.